Article Reviews (1) Gallery
The revenge of the 47 rōnin (四十七士 Shi-jū-shichi-shi, “forty-seven samurai”), also known as the Genroku Akō incident (元禄赤穂事件 Genroku akō jiken), is one of the most famous episodes in Japanese history and a paradigm of samurai loyalty and ethics. Remembered each year on 14th December, it has become the subject of innumerable stories, plays, and movies. The incident took actually place on 30th January 1703, when a band of former retainers of Asano Naganori (浅野長矩, 1667-1701), the late lord of Akō (in modern-day Hyōgo Prefecture), attacked the heavily guarded residence of Kira Yoshinaka (吉良義央, 1641-1703), a direct retainer and hatamoto of the Tokugawa and killed him, thus avenging their lord who they believed had suffered grave injustice.

In the Edo Period (1600-1868), it was customary for the imperial court in Kyōto to send envoys with New Year greetings and gifts to the shōgun residing in Edo. The protocol regulating the reception was extremely formal and had to be observed fastidiously. The story started in 1701 when Asano was ordered to serve as one of the shogun’s representatives to receive the envoys. Kira, the shogun’s chief of protocol (高家 kōke, lit. “high families”, a hereditary title), treated Asano with conceit and failed to instruct him on fine points of the protocol which Asano had asked to advise him on. It was said that Kira expected to be bribed to share his expertise, but Asano had refused to do so.

On the third day of the reception, Kira, angry over his refusal, provoked Asano by calling him boorish, to which the latter drew his sword, attacking Kira in the Corridor of Pines at Edo Castle. Any act of violence in the shogunal residence was strictly forbidden, and although Kira was not severely wounded, Asano was ordered to commit seppuku the very same day. His domain in the province of Harima was confiscated by the shogunate and his family ruined. Kira, who had not defended himself, was not punished, as required by the principle of Kenka ryōseibai (喧嘩両成敗) according to which both parties in a private fight had to be blamed.

With their daimyō’s death and their domain’s abolition, 47 Akō samurai vowed to avenge the injustice served on their lord which in their view was caused by Kira’s arrogant behaviour toward Asano. His chief retainer Ōishi Yoshio (大石良雄, 1659-1703), also known under his titular name Ōishi Kuranosuke (大石内蔵助) restrained his men, many of which demanded immediate retaliation, persuading them to wait and see whether the shōgun would permit Asano’s younger brother Nagahiro to restore the Akō domain. During that time the warriors feigned a life of dissipation in order not to raise any suspicion among Kira’s men who expected an attack by Asano’s former retainers. When Ōishi’s petition was finally denied, they decided to execute their plan.

Almost two years after Asano’s suicide 46 samurai charged into Kira’s mansion in Edo and decapitated Kira who was hiding inside a charcoal shed. Only one man, allegedly Terasaka Kichiemon Nobuyuki, an ashigaru (foot soldier) and therefore of non-samurai status, dropped out before the raid to travel to Akō to report that the act of avenge had been carried out. Regardless, they have always been referred to as the shijūshichishi, the 47 rōnin.

The attack cost the lives of 17 samurai, all retainers of Kira’s, and wounded 28 people. To fulfil their vow of vengeance, the rōnin marched almost ten kilometres from Kira’s mansion to Sengaku-ji, the temple where Asano was buried (close to the modern-day JR Shinagawa station in Tōkyō), and presented Kira’s head to their lord’s grave.

The vengeance of the 46 Akō warriors posed a serious dilemma for the bakufu, as they had violated the stipulations of the shogunate, thus the public law, but strictly followed the cardinal rule of bushido, loyalty to one's master. Any act against a warrior's lord or father had to be avenged. The public expected the 46 warriors to take revenge and even condemned their procrastination.

The conflict between public law and private morality divided Confucian philosophers, who either outright lauded the noble deed of the rōnin or others - like Ogyū Sorai, a principal advisor to Yanagisawa Yoshiyasu, himself a senior councillor to Tokugawa Tsunayoshi, the fifth shōgun - who claimed that the 46 warriors had violated the rules of the land and thereby caused a severe public perturbation. Naturally, the bakufu took a similar stance, claiming that their vendetta had been excessive: not only was it carried out in the capital by a large group of armed men, but it also involved a case in which the shōgun had ruled in person. Another scholar, Sato Naokata, did not consider the case of the 47 rōnin raiding Kira's residence to be revenge, as it was their master who attacked Kira. Had Kira, in fact, struck Asano, their revenge would have been rightful.

While it is unclear whether the shogunate had actually been influenced by Ogyū's suggestion to allow the rōnin to commit suicide, the authorities condemned them to death and ordered them to kill themselves on the same day the sentence was enacted, on 20th March 1703, thus upholding their honour while at the same time serving public interest. The remains of the 46 cremated warriors were buried next to their lord's grave at Sengakuji (泉岳寺) in Tokyo's Shinagawa Ward.

The public, which in Steve Turnbull's words were "craving more direct heroism of a bygone age", regarded them as heroes who in a most daring raid had fulfilled their vows of loyalty in a time when the ideals of the samurai were beginning to fade away. The country had been at peace for a hundred years, and the lifestyle of the samurai and the townsmen had turned into one of hedonistic joy, decadence and materialism. The incident reminded the samurai that they were, in fact, men of the sword and not literati.

On a historical side note: Terasaka Nobuyuki, the 47th rōnin, who had escaped to Akō to inform the domain elders, was later pardoned by the shōgun and lived to be 83, or by other accounts, 87 years old. After Tokugawa Tsunayoshi had died the Akō domain was re-established - though severely decimated in size - under Asano Nagahiro, Naganori's younger brother and heir who - along with the adult heirs of the rōnin - was pardoned by Tsunayoshi's successor.

The ronin, headed by Yuranosuke and Rikiya, climbing up the snow-clad slope leading to their...

It was the popular culture in which the vengeance of the shijūshichishi had the greatest impact. The authorities closed a play based on their story just weeks after they committed suicide, and in 1706 Chikamatsu Monzaemon, a famous dramatist wrote a puppet play based on the 47 rōnin. In 1748, Takeda Izumo and two collaborators wrote the most famous bunraku play based on their exploits, Kanadehon Chūshingura, also known as Chūshingura, or "Treasury of Loyal Retainers". It became a model for all subsequent plays on this incident and was later adapted into a kabuki play.

There are countless novels, woodblock prints, plays, at least six movies and even an opera about the 47 rōnin. It has found its way into Western culture as well, one prominent example being the 2013 fantasy action film "47 Ronin", starring Keanu Reeves and Sanada Hiroyuki, the latter of "Last Samurai" fame. 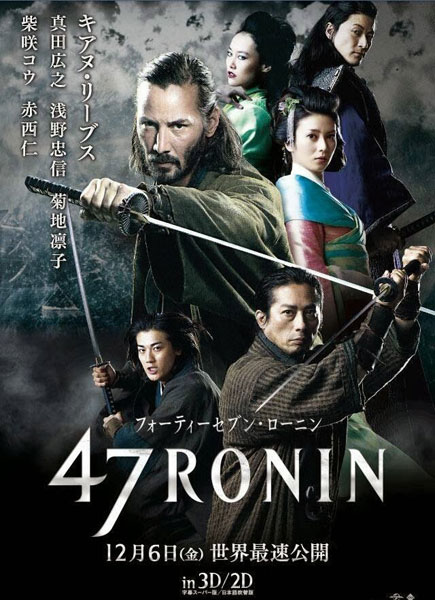 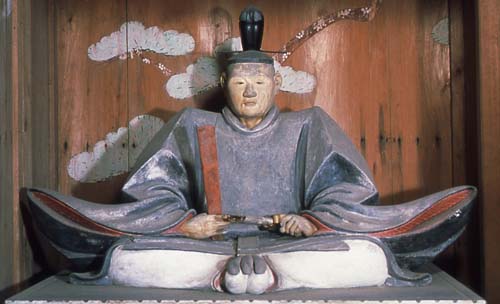 A wooden statue of Kira Yoshihisa in the Kenzoji, Kira's family temple, near Okazaki 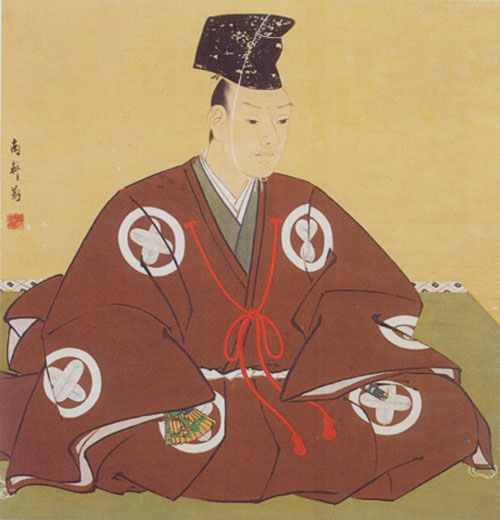 Asano Naganori, who was ordered to commit suicide the same day he attacked Kira 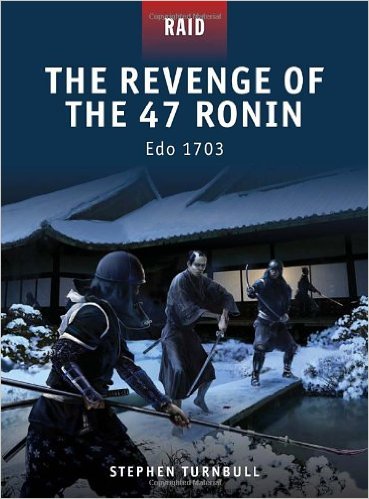 I don't really have much to say apart that I had never heard about this story. The whole thing is well written and very interesting to read, not being too long and going straight to the point.
Reactions: Hiroto Uehara
Read more…