Also known under his childhood name Tsuruchiyo (鶴千代), as Utahide (賦秀) and under his Christian name Leão, Gamo Ujisato (蒲生氏郷 1556-1595) was a daimyō of the Azuchi-Momoyama Period (1568-1600) and son of Gamō Katahide (蒲生 賢秀, 1534-1584), lord of Hino Castle in Ōmi (modern-day Shiga Prefecture). He was the scion of a baronial family that had been prominent in that province since the twelfth century.

The Gamō sided with Oda Nobunaga when that emergent national leader marched on Kyōto in 1568. Ujisato was married to Nobunaga’s daughter Fuyuhime (書名, 1561-1641) and served Nobunaga in various campaigns from his expulsion of the shōgun Ashikaga Yoshiaki (足利義昭, 1537-1597) from Kyōto in 1573 to the conquest of the Takeda family in 1582. After those campaigns, Utahide and his father Katahide were installed at Azuchi Castle (安土城 Azuchi-jō) on Lake Biwa, where they sheltered the family of Oda Nobunaga after he was assassinated later that year.

Ujisato passed into the service of Toyotomi Hideyoshi and distinguished himself in the invasion of Ise Province (modern-day Mie Prefecture) in 1583, and was the next year granted a domain assessed at 120,000 koku at Matsugashima (松ヶ島, now Matsusaka) in that province. He also participated in Hideyoshi’s campaigns in Kyūshū (1587) and Odawara (1590) and was rewarded with a 420,000-koku domain (comprising present-day Fukushima Prefecture) at what is now the city of Aizuwakamatsu.

In 1591, Ujisato took part in the sweep through northernmost Honshū that completed Hideyoshi’s unification of Japan. His domain was more than doubled to 919,320 koku, making him one of Japan’s five greatest daimyō.

Ujisato fell ill while in Nagoya (now in Saga Prefecture), the Kyūshū headquarters for Hideyoshi’s invasions of Korea, and died in Kyōto on his way home. Rumours that he might have been poisoned remained unfounded. A highly educated man, Ujisato was an amateur of poetry and the tea ceremony and studied Buddhism and Confucianism with the Zen monk and scholar Nange Genkō (1538-1604) at Myōshin Temple. He was converted to Christianity in 1585 through the efforts of Takayama Ukon, also known as Hikogoro Shigetomo or Dom Justo Takayama, and a fellow disciple of the great tea master Sen no Rikyū (千利休, 1522-1591). The Jesuit missionaries rightly rejoiced over the baptism of “one of the most important and influential persons yet to become Christian,” but Ujisato seemed to have lost his zeal for the faith after Hideyoshi issued his anti-christian edicts in 1587.

Ujisato died at Fushimi Castle, Kyōto, at the age of forty. The Gamō clan lost Aizu after Ujisato’s son Hideyuki (蒲生秀行, 1583-1612) was transferred to Utsunomiya, but the family was reinstated by Tokugawa Ieyasu and held the Aizu Domain until 1627. 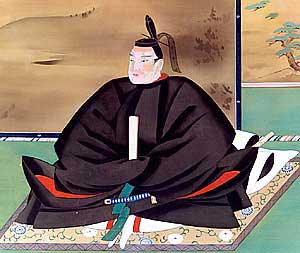